When you explain to customers what makes you different, the last thing you want them to think is, "Everybody says that."

Whether you’re selling, blogging or redesigning your website, make sure you really do stand out above the competition.

END_OF_DOCUMENT_TOKEN_TO_BE_REPLACED

What Do You Get When You Cross Richard Branson With Warren Buffett? 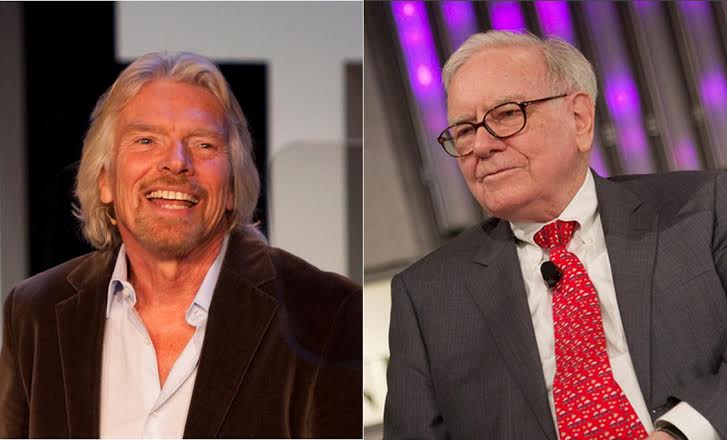 You've probably never heard of him. His name is A.G. Lafley, the formerly retired and re-instated Chairman of the Board, President, and Chief Executive Officer of Proctor and Gamble.

Lafley first served as P&G’s President & CEO from 2000 to 2009. During that period, the Company more than doubled in sales and grew its portfolio of billion-dollar brands from 10 to 23, with a focus on consumer-driven innovation and consistent, reliable, sustainable growth. The Company’s market capitalization has made P&G among the 10 most valuable companies in the world.

END_OF_DOCUMENT_TOKEN_TO_BE_REPLACED

Empowered To Do What You Do Without My Approval Some managers take a, "Don’t do anything without my approval," approach.

Could this be happening at your company?

It's easy to spot. When you observe your team, how do they behave and interact? Are decisions being made based on guiding principles or is everyone asking for permission?

END_OF_DOCUMENT_TOKEN_TO_BE_REPLACED

In 1973, WD-40 Company, Inc., went public. On that very first day the stock price increased by 61%. That’s what I call an overnight success. Personally, I love WD-40 and have used it for all kinds of things. Between WD-40 and duct tape, I’m like MacGyver minus the awesome haircut.

Did you know the makers of WD-40 failed 39 times before successfully developing the formula? That’s how WD-40 got its name, “Water Displacement - 40th Formula”, because it took exactly 40 times to finally get the formula right. I know, MacGyver would’ve got it right the first time. The truth is overnight success is rarely overnight.

END_OF_DOCUMENT_TOKEN_TO_BE_REPLACED

The Kinds of Conversations of Making Your Best Better

When you think about making your best better, think about the people you’re going to talk with along the way. What I’d like to introduce right now is the kinds of conversations I’ve had over the years that have pushed me along to this ever elusive goal of making my best better. And in the meanwhile being very confident, satisfied and content that where I’m going and how I’m being is on course with all of those things.

I want to discuss the ways you can fulfill a goal, the ways that you can deliver on a promise; again the kinds of conversations that will come in when that happens. To start with, think back on the last five days. Think about the conversations you had with people around you. This can be family, friends, people at work, and people that you go to for advice or ideas.

END_OF_DOCUMENT_TOKEN_TO_BE_REPLACED

Succeed At What You're Succeeding At

It's important to succeed at what you're succeeding at, but is it going to be the measure of your life? Clayton Christensen, Harvard Business School professor and world-renowned innovation guru, examines the daily decisions that define our lives and encourages all of us to think about what is truly important.

END_OF_DOCUMENT_TOKEN_TO_BE_REPLACED

Stop With The Bad B.S.

How many times has your thinking made you miss an opportunity? Our belief system (B.S.) often becomes the limiting factor to accomplishing the “impossible”. Henry Ford is famous for saying “if you think you can or you think you can’t, you’re right.” We’ve all bought into bad B.S. before. The sooner you stop with the bad B.S. the sooner you will achieve great things. Check out this great video about belief systems from the Performance Institute.

END_OF_DOCUMENT_TOKEN_TO_BE_REPLACED

Last week, I asked our readers whether or not a manager/leader should apologize. Although most responses overwhelmingly lean toward the affirmative, I think it is slightly more complicated than that.

Do I think managers should apologize? Yes… and uh… well… sometimes no.

I’ll begin by saying that employees should never carry an expectation that their manager should apologize. If you don’t expect an apology, you never have to worry about it when you don’t get one.

On the other hand, if you have a manager that does apologize, consider it a bonus! It’s important that you accept the apology with grace and appreciation. Don’t take it as a sign of weakness, and don’t, in any way, try to use it against them.

I think the best leaders position themselves effectively with the way they think, speak, and behave. They often make good decisions and seldom put themselves in a negative position… therefore, they rarely have to apologize. It isn’t that they are perfect… they are just very effective with the things they do and say. Regardless of the role, that’s exactly where you want to be… as close to error free as possible.

That said, I think there is a “fairly simple” way to distinguish between when an apology is or is not appropriate. It comes down to behaviors and misunderstandings vs. business decisions and competency.

When an apology is appropriate…

END_OF_DOCUMENT_TOKEN_TO_BE_REPLACED

Why Do You Do What You Do?

The alarm clock rings, you drive to work, you open up your email, you go to lunch…it seems like "just another day." Have you ever had trouble staying focused or getting motivated?

I have another, more important, question for you: Why do you do what you do?

As a former high school teacher and how an industrial organizational development coach, I have studied the power of purpose for nearly 20 years. In this video, I'll ask you to clarify your own "So That…" By clarifying your (multiple) answers to the “So That” question, you will enhance your workplace performance and productivity.

END_OF_DOCUMENT_TOKEN_TO_BE_REPLACED
Previous All posts Next