Dave Kohl, Professor Emeritus at Virginia Tech, conducted a study and the findings might surprise you. Harvard MBAs don’t fair much better. In his book, What They Don’t Teach You in the Harvard Business School, Mark McCormack discusses why 3% of Harvard MBAs earn ten times more than the other 97%. In 1979 interviewers asked the graduates “Have you set clear written goals for you future and made plans for accomplishing them?”

The interviewers came back 10 years later to interview the same class. The results….

Psychology professor Dr. Gail Matthews of Dominican University conducted research that showed empirical evidence that people who write down goals, share them with a friend, and send weekly updates to that friend were on average 33% more successful in accomplishing their stated goals than those who just “have goals”.

Moral of the story is if you want to improve your success rate by 33% and improve your earning potential by 9X then write your goals down and review them often.

Here are 4 benefits of writing your goals down and why it leads to huge results:

Focus. The best clarity always comes from getting things out of your head and onto paper. The same is true for a goal. When you write it down it is forced to be refined and clarified. Bring focus to your goal. Don’t just think it…ink it.

“Singleness of purpose is one of the chief essentials for success in life, no matter what may be one’s aim.” John D. Rockefeller

Action. Every big journey begins with a small step. Writing your goal down is often that first small step. As the goal becomes solidified on paper it inspires the next step. If you’ve had a goal for a while that haven’t been able to move on, try writing it down. This small action step may be just what you need to propel you into motion.

Accountability. In conspiracy movies you often hear the bad guys say “don’t leave a paper trail.” That’s the opposite advice for successfully accomplishing goals. Writing it down allows for you to review your goals often, share with a friend or accountability partner, or even post it to the web.

Evaluate. This is the best part. Review your written goals often to see how you are doing. Celebrate your accomplishments and make course corrections as needed.

Don’t over think this. Just get your goals on paper and refine as you go. 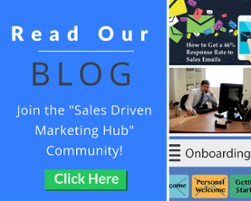 Jeremy Walsh is xoombi Chairman of the Board. He has spent his career helping build organizations and developing people. He is a dynamic leader, former pastor, and business consultant with extensive business development, start-up, turn-around and general management experience.