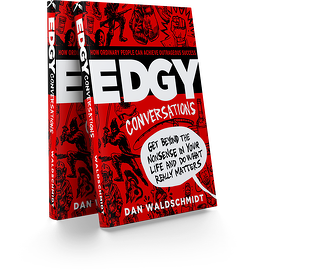 Our friend, Dan Waldschmidt, spent 4 years looking at what high performers do differently than everyone else. We spoke with Dan, and this is what he learned...

What are the four behaviors you identified after looking at 1,000 high-performers that are key to producing outrageous results?

We learned that high performers in business, math, sports, science or politics all share the same four characteristics. They are extreme in their beliefs and behaviors. They demonstrate a maniacal focus and discipline for getting things done. They are givers -- intentionally and almost automatically. And they understand the human side of life -- instead of just expecting  everyone else around them to be logical, they understand how pain, fear, and failure impact those around them. While each high performer we looked at had clear, distinctive ways that they excelled above their peers, they all share these four qualities.

Why talk about attitudes and philosophies instead of a series of “steps” that people can follow? Aren’t “steps” more practical?

Simply copying the successful actions of others has never been a reproducible template for success. Times change. So do tactics. What works for someone else doesn’t work for you.

The right attitudes, on the other hand, allows you to explore ideas that otherwise would have just been unthinkable. The “right” actions will always change, but developing the right attitudes have a timeless impact.

Isn’t “extreme, by definition, “too much” of a good thing?

No, extreme behavior starts with a mindset change. Being EDGY isn’t about shocking those around you with absurd and jerkish behavior. It's about having better attitudes. It is really the core belief that you can achieve success regardless of the obstacles in your way simply through a relentless pursuit of answers. It’s a belief that by working hard enough and long enough, there isn't anything that you can't do. When you have that belief system, you look at problems as just another opportunity to be creative.

What lessons did you learn as you studied how successful people demonstrated discipline?

The biggest lesson I learned about discipline is that there are two components: doing and denying. Frankly, it’s just a “ticket to the game” to be a doer. The doing kind of discipline is a basic necessity for even amateur achievers. If you can't do what you need to do then you have little chance of being successful at anything, ever.

High performers look at discipline as what you should do,  but more importantly, they look at  what you shouldn’t do. There's a denying characteristic to discipline that high achievers harness. They are willing to do without the pleasantries that mediocre people demand.

Why is giving a part of success? It seems at odds with “achieving”.

Giving is first and foremost a mindset. It's an attitude that shapes how you interact with everyone else around you. If every interaction you have is one in which you're the winner (the “taker”), then you aren’t really providing any value to the world around you.

Giving makes you valuable and powerful. When you give because of a deeply held gratitude for what you have been given, you create an environment of growth and happiness and achievement with all those with which you interact.

Why is it so important for high achievers to understand human behavior?

Most of life isn’t logical. Good people get hurt when they don’t deserve it. Bad people win when they least deserve it. If you're expecting life to be logical, you're in for crushing disappointment. High-performers understand  that the same irrational behavior they see in others is the exact same way that they are wired to react. This understanding -- this empathy -- enables them to build deeper relationships with those around them. High performers are generally more compassionate and socially aware. They don't tolerate mediocrity in themselves or those around them, but they don't unnecessarily make enemies. They also understand what motivates other people. They use that awareness to motivate other people and build value.

What is one thing that an ordinary person trying to achieve to outrageous success should start doing right now?

It begins with brutal honesty about who you really are. Not what are you doing or what have you done in the past. Who are you? What are your motivations?

You can't be successful and lie to yourself. If you screwed up yesterday or last year or for your entire life so far, admit it and move on. The best way to move forward is to come to grips with where you are right now and make a conscious decision to get better, starting now. 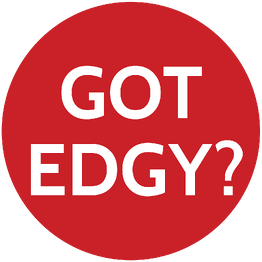 What do you think about these 4 behaviors? Join the conversation on Google Plus.